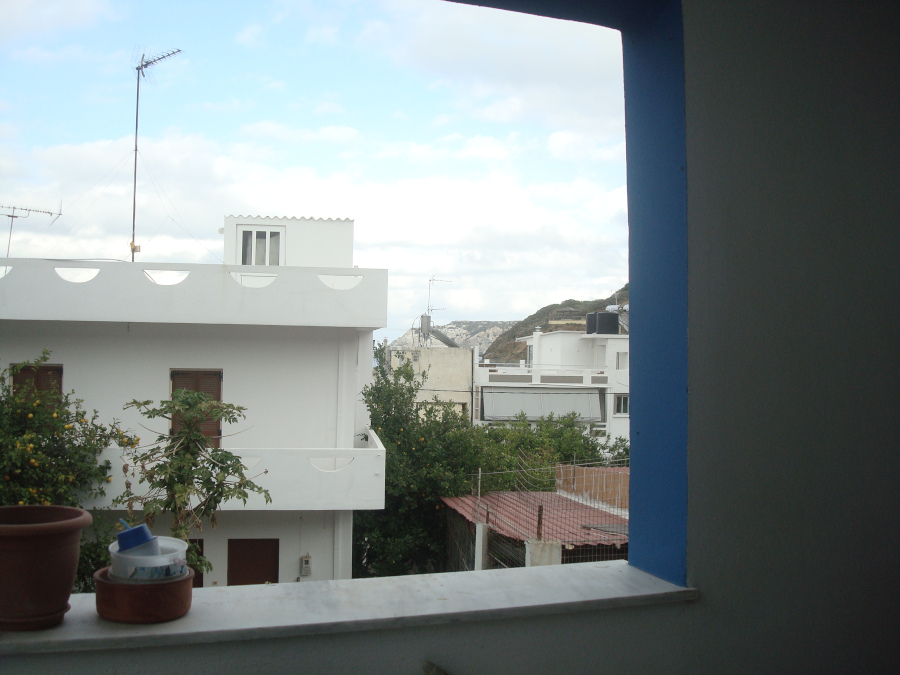 This old house is located in the heart of the village of Agia Pelagia, a few meters from the main beach and shops, taverns and all amenities.

A part was built in the 1970s, and an additional room was added in 1996, which currently makes the house offers 93m2 on two levels.

The lower level has its own entrance on the side of the house, and has an area of ​​around 30m2.

For the moment, it is used as storage space and can be easily transformed into 2 living rooms with its bathroom / WC.

On the upper level, with a surface of 63m3, there are 2 bedrooms, a bathroom with shower and WC, a kitchen and a living room with its wood stove and its large picture windows giving on the one hand to the garden of 70m2 with its lemon and orange trees, and on the other hand on the terrace, on which there is a barbecue.

An external staircase leads to a roof terrace which offers a panoramic view over the bay of Agia Pélagia, and can accommodate the construction of a pergola which would assure you moments of tranquility with a breathtaking panorama.

The access roads to the house are narrow and do not allow cars to be reached, but there are many parking possibilities around 30 meters away.

The house is very well maintained, therefore habitable as it is, but the cupboards for example are dated.

Some improvements would be necessary to make it a modern maisonette with lots of character in a privileged location.

Agia Pelagia is only 26 kilometers from the island capital Heraklion which also hosts the islands main international airport.