Large stone house for renovation in Kritsa. Views from balcony and roof terrace. 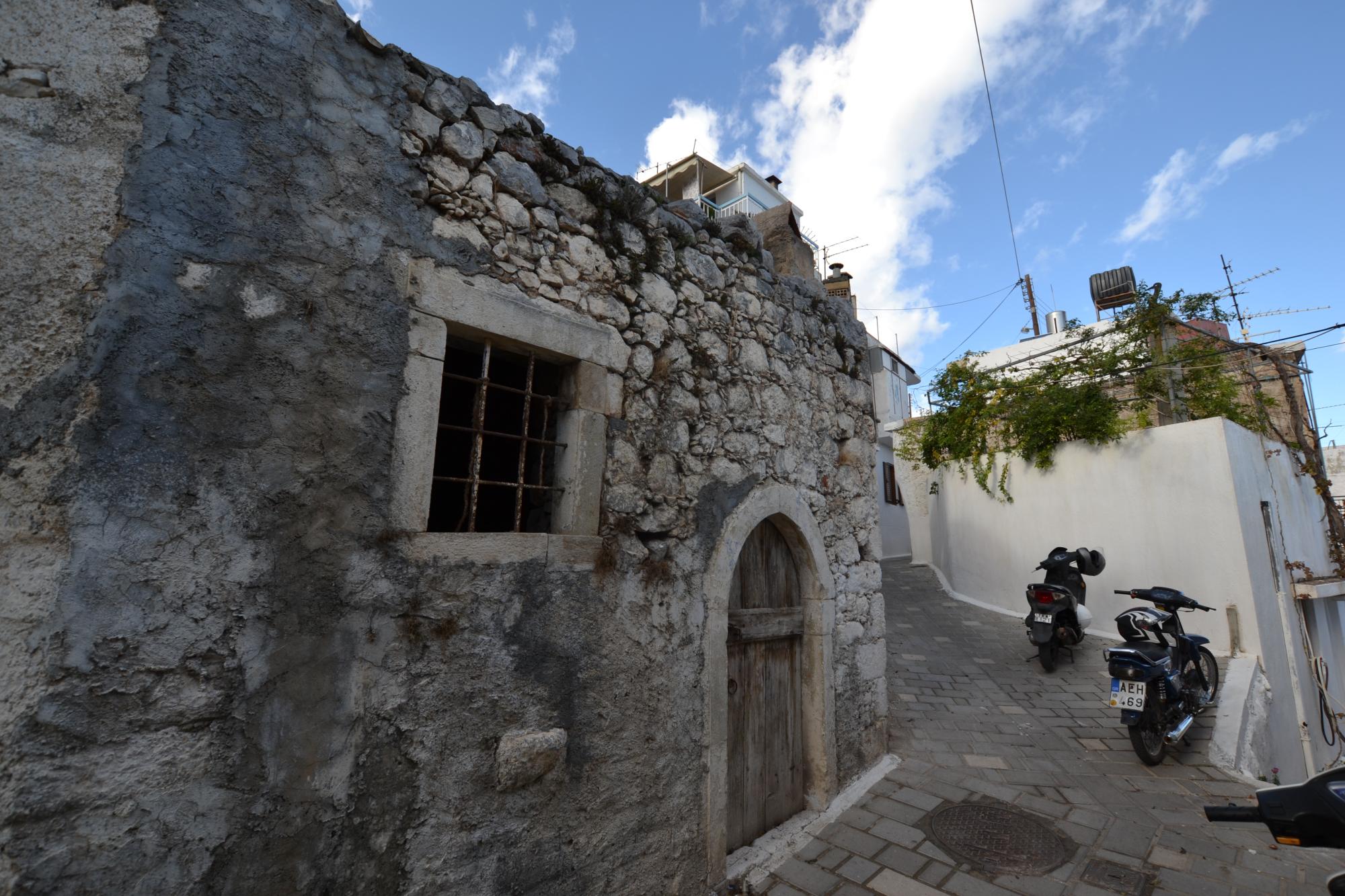 Only a short stroll from the center of the traditional village of Kritsa this is a beautiful old stone house in need of renovation with some truly unique features.
Kritsa is one of the oldest, largest and most picturesque villages in Crete. It’s built on a hill and surrounded by olive trees and beautiful countryside. The village of Kritsa is part of the municipality of Agios Nikolaos, 10 km away, and has about 2300 inhabitants including a few residents from Britain and other European countries

The house is on the corner of a small village street just off the village main street.
It comprises a large room that is divided by a large “Kamara” arch, a couple of steps lead up to another two good sized rooms (that could be made into bedrooms), a few steps down from the large room there is a room that was the old kitchen. A couple of wooden steps lead from the living room to a small balcony.
A wooden staircase leads from the living room up to one more room that could be made into a bedroom which has access to a very large flat roof that could easily be made into a nice roof terrace/BBQ area with very good views on to the Mirabello bay and the valley of Kritsa.

Less than ten minutes to the coastal town of Agios Nikolaos and dozens of sandy beaches.