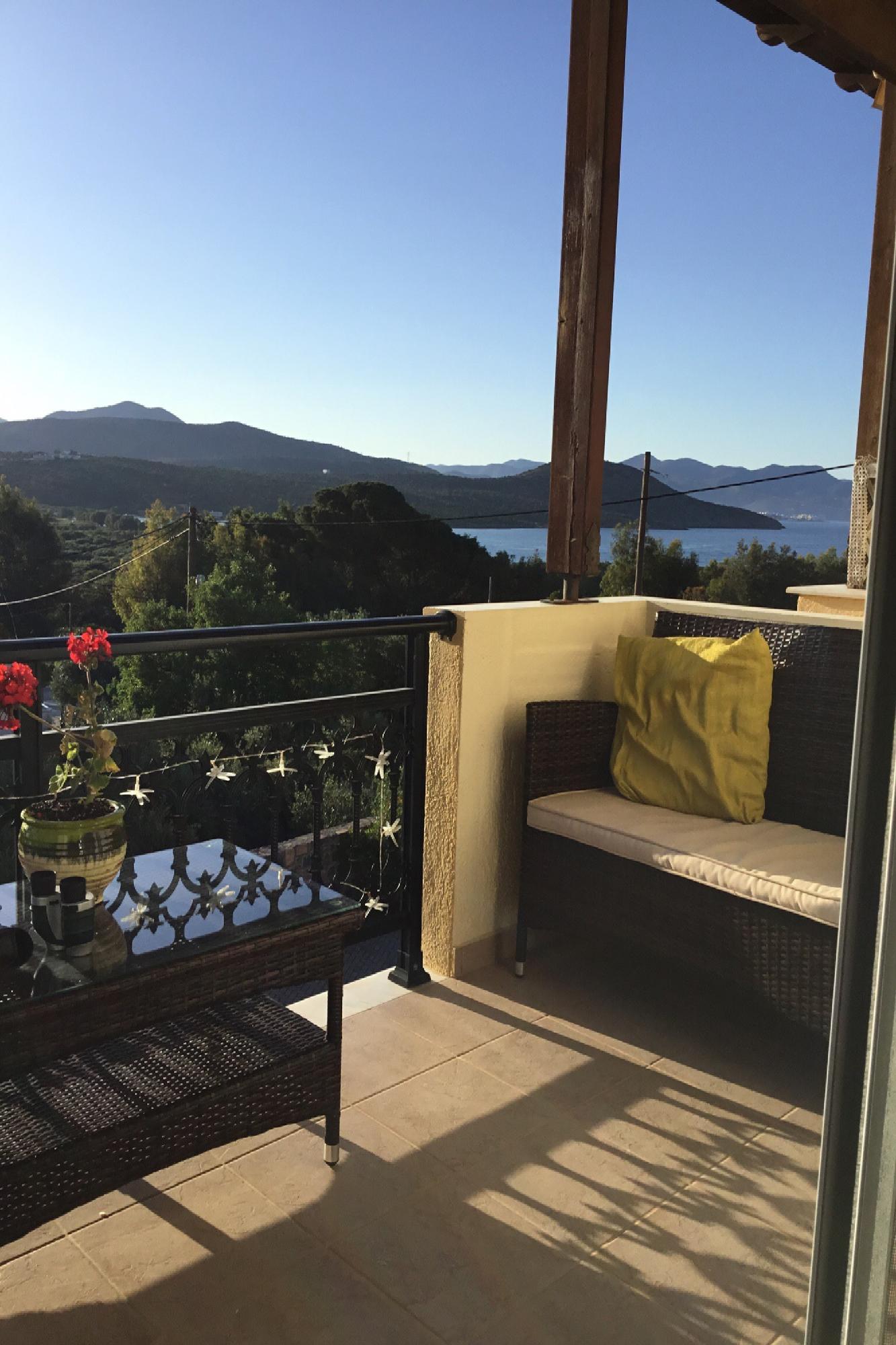 The house is part of a purposely built complex of 9 houses on a hill overlooking the central beach of Agios Panteleimon, Istron.
It is a two bedroom semi-detached house standing on two floors.
The house comprises:

On the ground floor,
a hallway with storage leads to a kitchen/diner. It is a modern fully fitted kitchen including cooker, hob and extractor, fridge/freezer, dish washer and washing machine (all appliances are included in the sale) and a dining space with French doors which open into a secluded paved garden area which is large enough for garden furniture and a hot tub which are also included in the price. These are also included in the price. Also on this floor is a bedroom with a toilet and basin in it.
There is a central staircase which leads to the first floor;
this opens into an airy lounge with a vaulted wooden ceiling and A/C.
The bathroom leads off this and so does the second bedroom. The bathroom is new with modern suite bath and shower. The second bed room has French doors leading to the rear balcony and is fitted with wardrobes. There is also air conditioning in this bedroom.

The house is heated in winter by under floor heating.

Agios Nikolaos is the capital of the county Lasithi and is located at the Mirabello Bay, north-east Crete, only 45 mins away from the international airport of Heraklion.