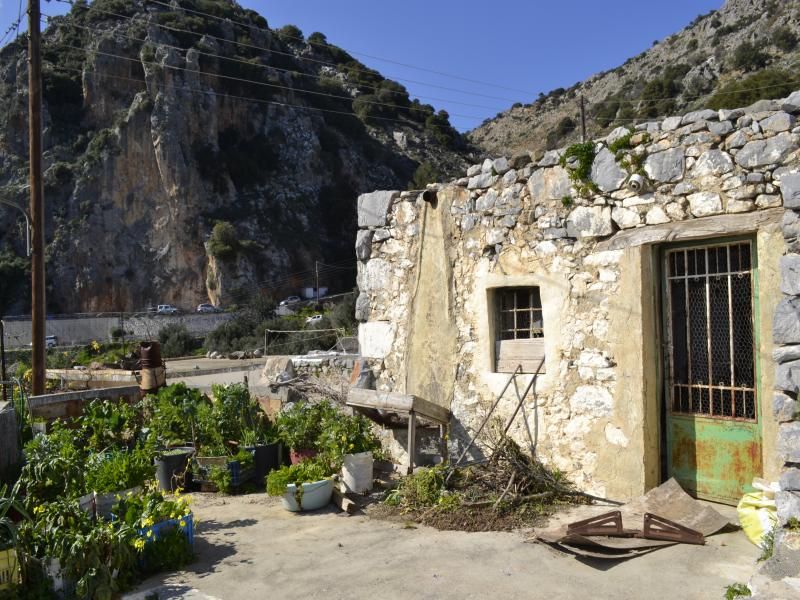 The two storey house comprises 3 rooms on the ground floor and one room on the upper floor with a large balcony in front of it looking onto the sea, mountains and valley.

The total covered surface of the property is 60 square meters.

The position of the house allows for uninterrupted views (now and in the future) as it is built on a cliff on the edge of the village.

KRITSA
Kritsa is one of the oldest, largest and most picturesque villages in Crete. It’s built on a hill and surrounded by olive trees and beautiful countryside.
The village of Kritsa is part of the municipality of Aghios Nikolaos, 10 km away, and has about 2300 inhabitants including a few residents from Britain and other European countries.
Kritsa is a bustling village with a great sense of tradition and a warm welcome for all visitors and foreign residents.
Most amenities are on hand in the village including supermarkets, post office, newsagents ect.
Keeping live stock and farming plots of land and olive groves is still the way of life for most of the residents.

The international airport of Heraklion “Nikos Kazantzakis” is less than an hours’ drive from Kritsa.